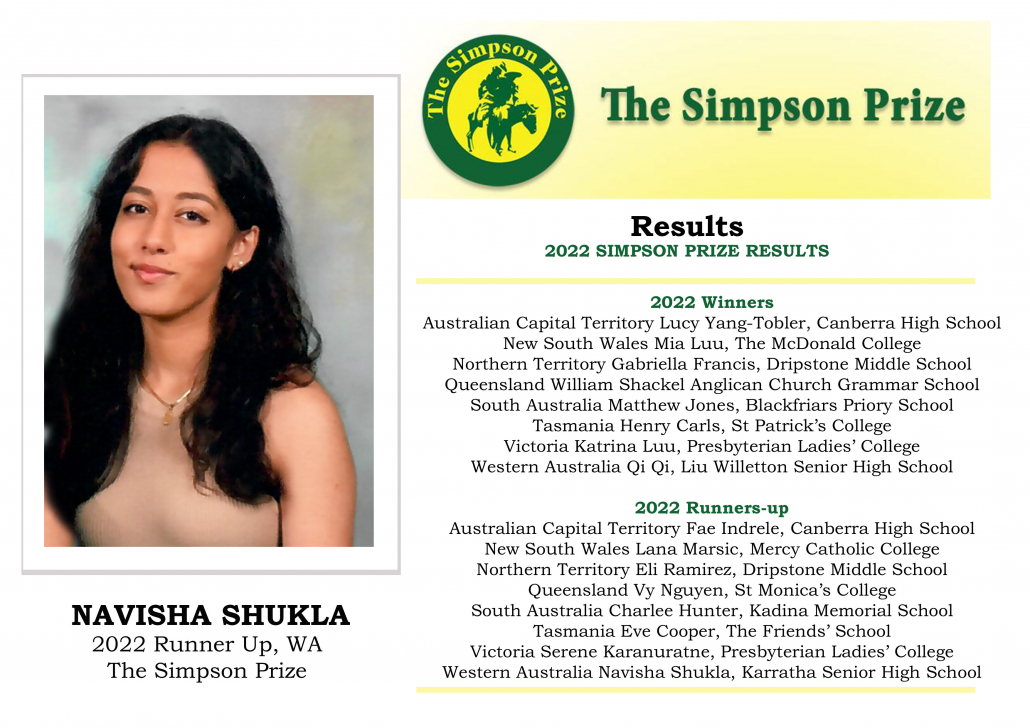 Congratulations to former GT Online student Navisha Shukla (Year 10 2021) who was recently announced as the WA Runner Up of The Simpson Prize, a national essay competition for Year 9 and 10 students.  Of the 474 student entries submitted on national level, Navisha is one of the two WA students selected for this prestigious prize.

This annual competition focuses on the service of Australians in World War I. The 2022 Simpson Prize Competition question was  To what extent have the Gallipoli campaign and the Western Front overshadowed other significant aspects of Australians’ experience of the First World War? Navisha’s essay argued that the significance of the Gallipoli campaign and those of the Western Front have long overshadowed the Battle of Beersheba as an Australian victory in the First World War. Navisha wrote this essay in 2021 whilst studying with GT Online and was supported by her wonderful HaSS teacher Ms Crystal Wieringa.

Winners and Runners Up from each State and Territory participate in a three-day program in Canberra, travelling to key historical and commemorative sites.